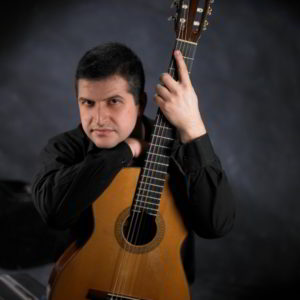 Music is The Word of God

We all love music. Imagine a world without it. Our society would not be able to survive a single month without any music in it.

It soothes the soul, it gives us peace and adds meaning to our lives, everything we do is enhanced by music (movies, a romantic dinner, sitting around the camp fire, elevators, trips).

Archeologists and scientists try to find the origins of it, they concluded that music preexisted mankind. 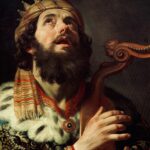 Furthermore when we worship God through music, makes our planet sound like a cosmic bell in the universe.

The word of God is vibrational frequencies that emit from matter and everything else that consists of the God’s creation. The word of God is everywhere in all forms of energy waves travelling from their sources (colours, objects, animals, people, planets, stars, etc) and coming to our senses. 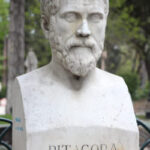 Sound though doesn’t travel through space.

Modern scientists use radio-telescopes to observe the planets in our solar system and other distant planets and stars, they detect the magnetic waves that are emitted by a planet and translate it into sound!

Every planet has its own sound frequency:

Humans felt this connection as they evolved in time and tried to imitate sounds of nature (weather, animals, plants, rocks) and started producing their own sounds and even melodies. Neanderthals made musical instruments such as flutes 50000 years ago.

Our environment affects our psychology and how we perceive life, and we express our selves through music, many types of music and instruments have been created to simulate our surrounding area.

Yodelling thrived in Texas-USA, Switzerland, Austria and Germany. All these countries have large areas where they raise cattle, and the cattle have cowbells on them, and yodelling resembles just that.

Techno was born in Detroit, USA. Detroit is an automotive city and the car factories have a repetitive form of sounds and beats. Techno simply replicates that sound repetition.

Personally, I believe that if we focus deep within us when we play music, we can replicate anything around us, not just natural sounds, but also the sun, the wind, the city, the running of a horse, the colours, the storm, and everything else the we sense around us.

There was one time, I wrote a rock song inspired by a chicken. Yeah, go ahead and laugh! I am serious! I was sitting on my balcony and at that time my mom had some chickens in the back yard. So, you know when a chicken lays an egg it starts being very vocal right? Well thats exactly what that chicken did, it laid an egg and started clucking and squawking. But this particular chicken had a beat! And I thought to myself…Man…this chicken has rhythm! So I wrote the notes and tempo on my guitar and made a rock song based on it 😛 !

So in conclusion sound is everywhere, it is the word of God expressed in so many different forms and especially as music. All we have to do is to turn our selves within, grab our instrument and focus…!

Likewise, as a musician myself I learned something equally important:

Music not only influences our emotions but it also reflects them, we connect with a song that we listen, its melody, its lyrics, its solo, the emotion, the composition and performance, the bias of the composer and of the performer is infused in the music they play and it comes to us and ignites our feelings, we hear the song and we think: “Man….! That song speaks to me…I had a similar experience that this song talks about”.

Consequently, the musician/composer/songwriter connects with the song based on his or her true bias, this transmits to the recording, the live concert, the jam session, etc.

Music In a few words:

The way we feel and focus as we perform the music, that same feeling travels to the listener and makes him feel the exact same way!

So, for all musicians out there performing, recording, teaching or creating….

Be in the moment when you play your music! Don’t start thinking about random things.

Therefore, when we play music we sing for God…whether we know Him or not, but as long as we enjoy playing, He is there watching us and listening to us with a smile!